Irikikanme, the origin of “Kimigayo” which is handed down in Omiya Shrine, and a story of “Silk Road” which provided Satsuma with Biwa and Performing Arts from mainland China is performed in collaboration of Nihonbuyo, Satsuma Biwa, ancient court music Gagaku and Shihokijinmai dance. Higashikawa Ryutaro, who belongs to Kagoshima Exploration Association and appeared on a popular TV program named “Bura Tamori”, facilitates the program and offers amusing talks about the local history and performing arts.

Background:Samurai population accounted for a quarter of that of Satsuma Domain during the Edo period. The feudal lord Shimazu created his own outer castle system by setting up more than 100 samurai residences called "Fumoto" around Yamashiro Castle to place samurai around him despite the Edo governmental order that prohibited each of domain to own more than two castles. This time, we offer traditional performing arts performance that trace the roots of Japan at the Old Masuda residence (designated national important cultural property) at Iriki Fumoto in the central area.

Iriki Fumoto is the birthplace of the national anthem “Kimigayo”, its roots are highly concerned with three pieces: Irikikanme, Satsuma samurai and Satsuma Biwa. Irikikanme, which has been succeeded since the Kamakura period, contains Juninintsurugimai dance which took a line of “May the reign of the Emperor continue for a thousand, nay, eight thousand generations” from a Gaka (celebration poetry) in “Kokinwakashu”. The one who was impressed with it was Satsuma samurai, Shimazu Tadayoshi in the Warring States period. Writing words for a Satsuma Biwa song “Mt. Horaisan” which was one of social graces for Satsuma samurai at that time, he quoted the line above. 300 years after that, in the Meiji period, infantry captain Oyama Iwao in Satsuma Domain, who was in charge of establishing the national anthem, took the lyrics from his favorite “Mt. Horaisan”, as a result “Kimigayo” officially became the Japanese anthem.

Since the Kamakura period, Irikikanme has been the Shinto ritual dedicated to Omiya Shrine as headquarters on November 23 and New Year's Eve. It is presumed that the modern theatrical Irikikanme came into the world by mixing ancient Hayato Kagura, Gagaku, and Izumo Kagura. Juninintsurugimai dance has the lyrics of the national anthem "Kimigayo" and is said to have become the basis of the national anthem. Although it had temporarily come to an end, it was revived in 1955. In April 2020, Irikikanme was designated as an intangible folklore cultural asset designated by Kagoshima Prefecture. 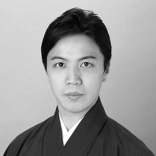 Born on 1981 in Nara. Graduated from Tokyo University of the Arts in 2003. Is known for his colorful and powerful performance style which fascinates people. Won the Incentive Award of the Minister of Education, Culture, Sports, Science and Technology in 2017. Received the new face award from Association of Dance Critics in 2013. 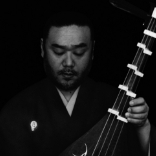 Born in Asakusa, Tokyo in 1965. He contributed to further development of Satsuma Biwa, a great achievement of his two grandfathers, with his master, Tsuruta Kinshi. He succeeded the name of his grandfather. He was awarded prizes by the Minister of Education, Culture, Sports, Science and Technology and the NHK Chairman. He is active both in Japan and abroad, including performances hosted by the National Theater of Japan. He has been in charge of the examination and training of all the performing arts in many Taiga historical dramas including "Segodon" and special dramas. 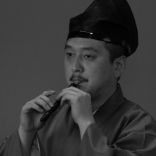 He started hichiriki at the age of 8 and studied under Togi Kanehiko of the Imperial Household Agency when he was 11. He became a member of the Japan Gagaku Association in 1979, was selected for the Tokyo Gakuso in 1980 and participated in numerous gagaku performances with Ono Tadamaro. He joined performances both domestically and internationally, CD production and numerous contemporary music performances mainly at the National Theater of Japan. 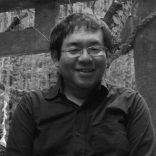 He puts "town walk" in the center of his activities. Based on the history and geography of Kagoshima, he talks about the area as a guide on various themes such as modernology, Neighborhood Heritage, rustic hot springs, abandoned railways and microtopography. He is a Representative Director of the NPO of a community development local forum and Kagoshima Exploration Association. He cooperated in collecting historical materials for the Taiga historical drama "Segodon". He appeared on a popular TV program "Bura Tamori" (# 98 Kagoshima, # 99 Satsuma's Miracle).